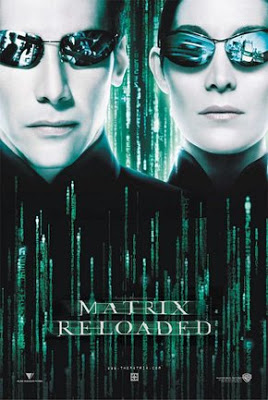 This post continues from
previous post. Earlier, I concluded that for me, the longer term
purpose in life is certainly more important than achieving the
“matrix-rigged” short term targets. Yet, having the longer
term purpose in life is not sufficient also. For me, it is imperative to EVENTUALLY
find the TRUE purpose of life. This is similar to Neo finding the “Source of
the Matrix” to meet the Architect – creator of Matrix. And, ultimately to resolve the conflict between the machines and humans.

Just like Neo, Morpheus
and Trinity’s mission is to save mankind, the true purpose of life should be associated
to helping or improving lives of yourself and the people around you.
More than just a focused
purpose of life
Apparently most
“successful” people are very focus in their purpose in life. Nonetheless and contrary to common belief, even those who are extremely successful and focus in their purpose in life has NOT necessary
find “enlightenment” and get out of the Matrix! Or in
many cases, people will choose not to be unplugged from the Matrix, if they are
wealthy and powerful. Why do you want to free from the Matrix if life is so good
in the system?
Success is not equal to
enlightenment?
Nothing better epitomize
the statement “success is not necessary enlightenment” than Steve Jobs’ life story.

Undeniably, Steve Jobs is one of the most
successful businessmen of recent times. Mr. Jobs changed the world with his
innovative multi-media hand-held device. Yet, after reading Jobs biography book
few years ago, and later his passing away, I reckon that he left this world with regrets. That is the
regret of not having to spend sufficient time with his loved ones.
There are rumours reflected
from facebook recently about Steve Jobs’ last words. The unverified article reveals that Steve Jobs said in his sick
bed that he had reached the pinnacle of success and yet he has little joy and
perhaps he should have pursue matters unrelated to wealth such as relationships,
art, or a dream from younger days. The article then mentioned that the most
expensive bed is sick bed with no health. It was also written that he promoted
the importance of treasuring your love ones – your family, your spouse, and
your friends. More importantly, treats yourself well and cherish others.
With regards to whether
the article is authenticated or not, it is not at all important as far as I am
concern. More significantly, we should ask if the article makes any sense!. Apparently,
below is the verified version from Walter Isaacson who written Steve Jobs’ biography.
Guess it signalled the same sentiment of Jobs’ regret in life.
“I wanted my kids to know me,” Mr
Isaacson recalled Mr Jobs saying, in a posthumous tribute the biographer wrote
for Time magazine. “I wasn’t always there for them, and I wanted them to
know why and to understand what I did.”
“He was very human. He was so much more of a
real person than most people know. That’s what made him so great,” he
added. “Steve made choices. I asked him if he was glad that he had kids,
and he said, ‘It’s 10,000 times better than anything I’ve ever done’.”
It wasn’t always thus. In the early stages of his
career, Jobs, who was adopted, denied being the father of Lisa and insisted in
court documents that he was “sterile and infertile”. He acknowledged
paternity when she was six, and they were later reconciled.
Warren Buffett’s
greatest regret
What is Warren Buffett’s greatest regret? Not investing in Google
or Microsoft?
Nah……!
As I recalled after finished
reading “Warren Buffett’s biography – The
Snowball” book authored by Alice Schroeder, Mr. Buffett in his earlier years of
career spent so much time in work that he neglected his first wife Susan
Thompson. They were eventually divorced. Warren Buffett’s life hit the bottom
when his ex-wife Susan suffered from cancer before passing away. Warren Buffett
is so grief-stricken that he did not even attend Susan’s funeral.  Later Buffett admitted that he didn’t work
harder on his relationship with his late wife, Susie, the mother of his three
children. He said this:
“The biggest mistake I ever made was letting
her walk out the door” – Warren Buffett
Buffett tells Schroeder that Susie’s departure
“was preventable.”
“It was definitely 95% my fault. … I just wasn’t
attuned enough to her, and she’d always been perfectly attuned to me. She kept
me together for a lot of years … It shouldn’t have happened.”
The power of love
Neo reached the source and met the Architect. The
Architect explained to Neo that after several failed versions of the Matrix, he
added the “power of human choice” to the programming. This version worked but
approximately 1% of the humans can reject the Matrix and get out of it. Later
the Architect discovered that due to the concept of choice, the Matrix will
eventually suffer a fatal crash, which is why he created the sixth iteration of
Neo “The One” who can reboot the Matrix. If the system crash, Neo can choose to
1) return to the source to reboot the Matrix and pick few survivors to get out
of the Matrix to repopulate Zion 2) or cause the Matrix to crash and kill
everyone connected to it including Zion.
The sixth version of Neo has a main difference
compared to his predecessors. That is – Neo’s deepest affection for Trinity! Neo leaves the
Architect to save his love, and leaves the future of the Matrix in doubt. 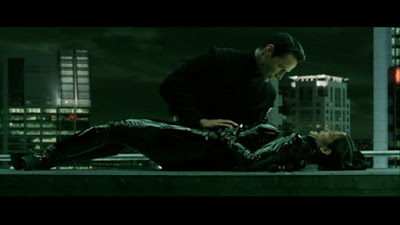 Unlike many successful entrepreneurs who choose to stay in the company as long as they could, Bill
Gates, after being so successful in Microsoft choose to leave his
formal duties as CEO at the age of 44 in year 2000. That is almost at the peak of his career! Gates last full-time day at
Microsoft was in 2008 and he eventually stepped down as Chairman in Feb
2014. Why? Bill and his wife Melinda Gates’ priority today is on charitable work to help the needy in which they set up a
Bill and Melinda Gates Foundation in 2000. This is the true mission of life for them to help people in the world, after they had helped themselves to be the richest in the planet.
Mark Zuckerberg’s purpose is to connect people all over the
world. Looking at what he and his wife has done for charity after donating 99%
of their wealth lately, and being totally enthralled by the birth of their baby
girl, it seems like they had long before look at the Matrix from “outside in”.
Just for information, it was not all smooth for the Zuckerbergs. Mark’s wife
Priscilla Chan latest pregnancy was followed by three earlier miscarriages.
“It’s a lonely experience. Most people don’t
discuss miscarriages because you worry your problems will distance you or
reflect upon you. So you struggle on your own. We hope that sharing our
experience will give more people the same hope we felt and will help more
people feel comfortable sharing their stories.” – Mark Zuckerberg
Lee Kwan Yew true purpose as I believe is to ensure
Singaporeans have a better life and I am pretty sure he did it and die without
regrets.

For all of them, one key reason to back their enlightenment
is attributed to the Power of Love – the woman behind them. It can be so
important for the women of your life to be you closest friends/
confidantes/ soul mates/ and wives! It is also noteworthy to know that
the wives of three of the most “enlightened” successful men around, use to
be the top brains in their classes!
The power that can be
harnessed and exuded from husband-wife combination is enormous! Not to be
mistaken, it need not always to be your spouse, as long as they are your loved
ones. It can be parents, kids, siblings or even very close friends. As long as
it is the POWER OF LOVE!
The need for a good cause
Adolf Hitler is desired for Germany to become the most
powerful nation in the world. In my opinion, he was never enlightened albeit
being very focused in his purpose of life. Why? Hitler’s failure is attributed to
his purpose of being associated to harming, rather than helping people! Hitler’s
choice is to betray mankind to the Agents so as to enjoy enormous wealth and
power within the system. Ultimately, he is doomed to fail because:
Evil will
never triumph over good!
On the other hand, Mahatma Ghandi purpose in life is to
create better lives for others through non-violent and peaceful ways. And he
will be forever remembered in great respect even after decades or even
centuries.
To
be continued…

Related posts:
Are we living in a Matrix? (Part 1)
Tags: Personal Development 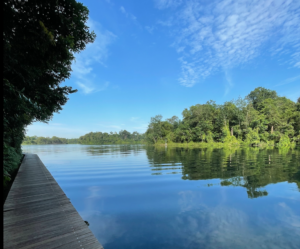