June 10, 2014July 15, 2021 Rolf Suey
Recently I read several articles on Japan
better than expected outlook, expecting to sustain into the long term period. My
portfolio Croesus Retail Trust should stand to benefit from it.

Most of CRT leases are fixed term
allowing for adjustment of income and tenant composition. This should underpin
more income growth. Strong organic
growth will come from its recent two added malls. Acquisition in the pipelines
visible with two more malls on the card. Gearing should declines when trust
revalues at end FY14 meaning more debt headroom for potential acquisition –
business trust debt limit is 60%. Risk of high gearing should be mitigated by favorable economic outlook in Japan.

Japan economy grew much faster in
the 1Q14 than initially estimated. GDP rose at annualized rate of 6.7% compare
to estimated 5.9% earlier.  Surge is
mainly due to private capital spending which jumped by 7.6% rather than 4.9% estimated.
Japanese economy will continue to grow above its potential rate as trends of
exports turn up and domestic demand remains firm.

Nikkei index up 56% last year,
one of the world’s best performing markets. Albeit the spectacular performance,
Japan stocks are still substantially undervalued with a PE 13x. Any decline
which is unlikely in current situation should be justified in the range within
10%. Nomura raised forecast of Nikkei to 18k pts from current 15k pts – a 20%
upside over next 7 months.

Corporate earnings are likely to
grow 10% and at least 8% next year, after a 68% earnings growth. Main reason is
Yen weakening more than 25% from 78 to 102 against USD since Abe took reins,
making export cheaper. It is expected that yen not likely to further weaken
dramatically, implying a more decent return on corporate earnings.

Another reason is improvement of return
of equity (ROE) from 5% three years ago to 8-9% now. Economic fundamentals are
stronger this time. Consumer confidence about the future is high.

Increase of consumption tax from
5% to 8% on Apr 1, has clear short term negative impact over next few months,
but over the longer term, sales tax will help to improve Japan’s fiscal
situation.

Auto sales increase 16.7% ahead
of consumption tax, but fell only by 5.1% in Apr. Department store sales up
25.4% in March, fell only by 7.2% in April. This is much better performance
than 1997 when there is a consumption tax hike and decline in sales is much
more substantial.

Also private capital spending
jumped by 7.6% rather than 4.9% estimated. This is unexpected good news.
Normally companies do not intend to ramp up spending given the fears of sales
slump after tax hiked. 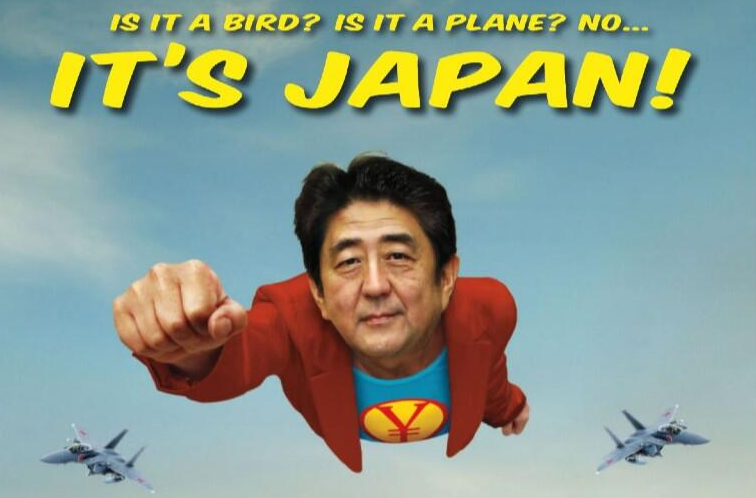 Abe’s five areas to help
restructure economy are very positive so far. They are:
One of the biggest positive
changes is to increase the allocation of Government pension investment fund
investing in stocks from current 12% to 20%.

Therefore need to be patient.