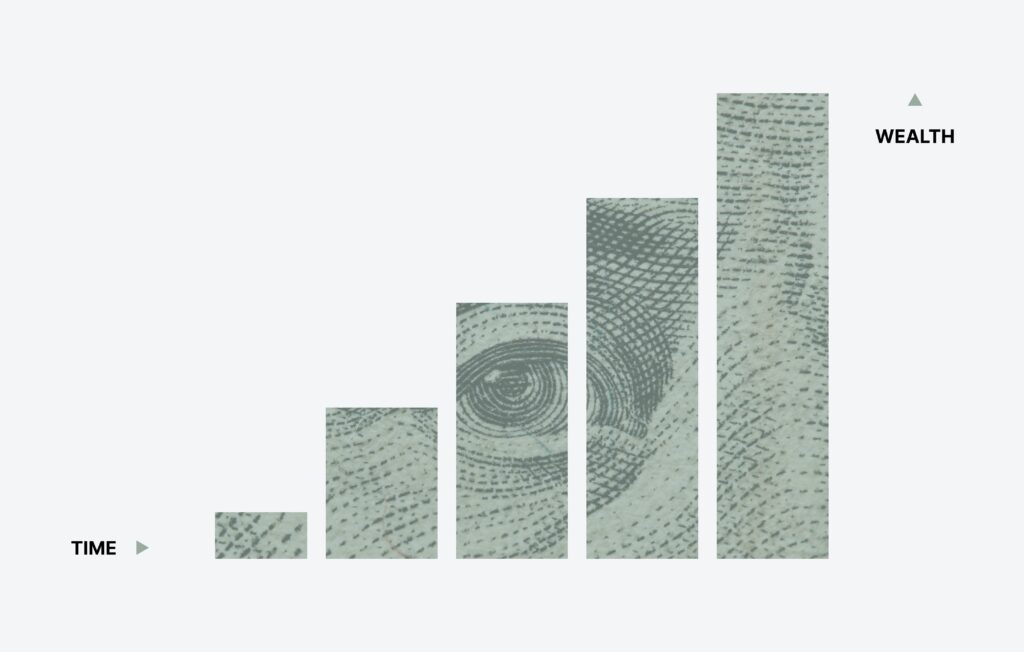 Over the weekend, I was chit chatting with my friend who is a banker for more than two decades. He said that Singapore really have too many rich people.
I then asked him to make a guess, how many people in Singapore have more than USD 1 million net worth? This is based on Credit Suisse 2020 wealth report?

According to the report, calculation of net worth includes all personal financial assets, properties including owner-occupied homes and also market value of pension funds (e.g. CPFs), and subtract all outstanding debts. Figures are derived from national statistical agencies.

How many millionaires (USD) in Singapore?

Net worth of US$ 50 million and above are considered ultra-high-net-worth (UHNW) adults. My friend’s guess is 10,000!
Again, not even close. The figure is way lower, with a total of 1,361 UHNW adults in Singapore last year, a mere 0.28% are UHNW! i.e. less than 3 in 1000 people.
My friend is surprised by the low figure. You can’t blame him, because of his job nature in the bank handling wealth of all the rich people. It is natural that he will have expected more rich people in Singapore.
Lest we forget that there are still a big group of Singaporeans with wealth just sufficient for their daily life, with a group of people struggling to make their means too! 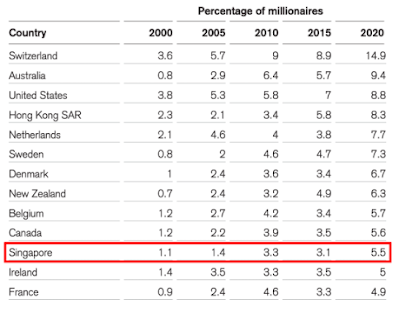 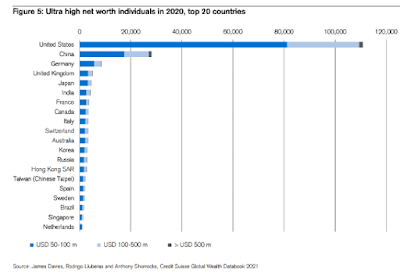 Singapore is ranked 10th in terms of mean wealth per adult in 2020. Average adult in Singapore has a wealth of USD 333,000.
Switzerland is again ranked 1st with average adult having USD 673,960 of wealth.
This is pretty decent figure for Singapore.  However, using the mean data is not really a good choice to look because of the non-normal distribution of wealth across the population.
To have better representation number, we will need to look at median.
When ranked by median wealth per adult, Singapore was ranked 20th in the world with USD 86,717. This figure is really surprisingly low for me.
Australia is the top ranked country with median wealth per adult of USD 238,070. This is pretty surprising for me, as I will have expect Switzerland or other European countries to the top the table. 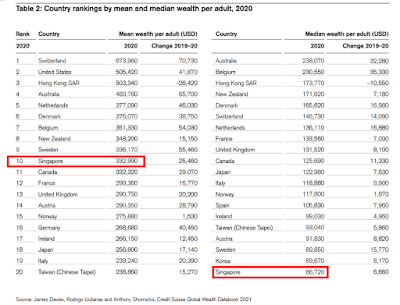 The report also found that Singapore’s wealth Gini coefficient stood at 78.3, much higher than its Asian peers Japan, Korea and Taiwan, with 2020 wealth Gini coefficients of 64.4, 67.6, and 70.8 respectively. A higher Gini coefficient indicates greater inequality.
Singapore’s wealth share of the top 1 per cent is also higher than the other three countries at 33.9 per cent at the end of last year. This is compared with 18.2 per cent for Japan, 23.6 per cent for Korea, and 27.7 per cent for Taiwan.
“In a small country like Singapore, higher wealth inequality can result from an unrepresentative cluster of very high net-worth individuals,” said the report.

If you have more than USD 1 millionaire in net worth, then you are consider as top 5.5% wealthy in Singapore and top 1% richest in the world.
If you are not dollar millionaire, but have a net worth of more than USD 87,000, you are already considered more wealth off than the median Singapore adults.
If the figures are accurate, then I reckon that quite a handful of bloggers here are doing really well! Are you surprised by the figures so far?
Imagine a SGD million private housing is no longer expensive and many HDBs are also selling over the million SGD mark, and yet there are not so many millionaires here and the median wealth is also not as high.
Hmmm…..
Will love to hear your views on the figures!

For more information on the report, please refer to:
https://www.credit-suisse.com/about-us/en/reports-research/global-wealth-report.html

3 thoughts on “Singapore Has “x” number of Millionaires? Where Do You Stand With Your Wealth?”