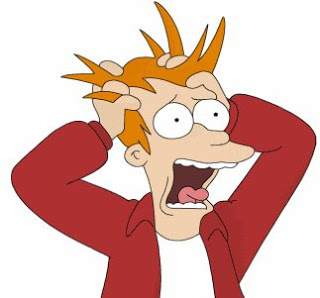 The
current oil crisis is definitely one of the worst the world had seen in many
decades. Oil price free-fall from more than $100 per barrel late 2014 to less than $30 a
barrel during the start of 2016 in what is described by many as a year
of annus horribilis!
The
downturn in the industry had resulted in widespread retrenchments. Even
the usually resilient Keppel had recently announced to slash more than 6000
direct staffs in the O&M division. Over the last few months, I also heard
so many ex-colleagues/friends being shown the exit door.
Our
company is not spared
The
company I work for is not spared. Although our core business is not in O&G,
a big part of the revenue is still derived from this important sector.
Retrenchment announcements began last year affecting the Western Hemisphere.
Despite our company’s extremely strong balance sheet and not a public listed company, the management announcement of layoff is because they anticipated a more severe downturn and wanted to have a faster reaction time. The layoff plan
was hampered by the strong unions though and talks are still ongoing.
Retrenched

Back
home, last week was an emotional one. Local colleagues were asked to leave due
to the lack of jobs in their department. That said, our company is
benevolent enough to offer alternative employment options but all turned down
due to job scope mismatch. They took the retrenchment options
instead!
Look
for signals before things happened
There
are symptoms before you become sick. Similarly, unless you commit a grave
mistakes, retrenchment usually does not happen abruptly. You can sense it way
before. Facing
the precipice of decline in the industry, I had already predicted this
predicament for those affected in our local office way before. In fact for
those colleagues laid off, it has been quite a while since they were preoccupied
with serious work! It was not even a small fraction of what they were employed
to do. They should have already realised it early last year, but it was
not the case. Me being obnoxiously sensitive by nature sensed the impending
issue and consequently provided many hints to them. Sadly, it was not
reciprocated with action.
Over-optimism
I
suppose this is human nature. During the onset of a crisis, over-optimism often
overshadows the cruel reality. Most people tend not to anticipate and take
appropriate measures early. You will hear things like:

“Don’t
think so much lar…. things will turn out just fine!”
Or
“It’s
never gonna to be me!”
Or
some will say “no problem lar… I wait for retrenchment
package!”

For
those at a younger age and only few years in the company I really ponder why they
adored the retrenchment package so much!
Expect
the unexpected
Part
of the blame has to attribute to my company top executives who visited several
times last year projecting the positive future of this office. When
industry outlook becomes gloomier each day, the pretty picture once painted
will also fade away.

Hence, always expect the unexpected. Stop believing everything your bosses say!
Do
something much earlier?
Feeling
indifferent to the oil crisis, one colleague who was axed had recently bought a
new car. Another was learning driving and already started looking for a new car
to buy back! The worst of all, is their manager who manage to keep his job,
just bought a new car even after he knows that his staffs will be all laid off.
When I asked him why at this time? He said “he cannot resist the personal
temptation!”
The
even more sorry state are those being axed are super nice people really.
Furthermore they are intelligent people graduated with good degrees and
masters. Yet,
it’s remarkable to me to know how people is not only oblivious to imminent
crisis, they can even make some really unwise distasteful decisions
prior!
Wisdom?
By
the way, the good news is those who left without job with family burdens do not
seem worry at all. They are still joking and said “find another job
lor!” Undoubtedly, it’s great to be positive. My question is
“can we at least do something before this happen?”

Who
to blame? Industry, company or to some extend ourself?

My wife ask me what advice I gave to the staffs who left. I told my wife nothing. This is because I normally like to give advice prior to disaster taking place!
Have
a long term plan
This
is not the first time for me to see people leaving during a crisis. In 2009
during the GFC, several more drastic ones took place in my previous
company. It left me wonders if one day that will happen to me in a
corporate world too?
This
is precisely why I already started charting my long-term future plans both
financially and mentally years back, in case I become the victim one day. Last
year in anticipating a severe downturn ahead, I had made several decisions,
which I feel help to prepare me both mentally and financially.
Adding value is critical
First,
I had taken on more work scope even with no pay rise last year. Refer
to my article last June here,
where I mentioned I had assumed a bigger responsibility without increment.  Subsequently I had also made proposal to our
highest management to optimize our business. Not a business plans to layoff
people definitely.
Be mentally prepared always
Secondly,
I told my wife to be mentally prepared in case I were to go, even when the
chance is really slim considering the amount of work I had on hand.
Prudent man prepares
Finally,
after the stock market crash in Aug last year, I already did my sums and keep
more cash as hedge against the potentially unpredictable predicament. Refer here.
You
ought to be a paranoid (but a confident and smart one). Count your cards early
before the crisis unfolds. Then by the time the storm comes, you not only
can weather the storm, you can even find great opportunities during a
crisis!
Stay
tuned to part two where I will discuss how I manage to find opportunities in
the last few crises in my life.
Tough
times do not last, tough people do!
Tags: Career Keppel Oil & Gas Personal Development

22 thoughts on “Retrench during Oil Crisis! Why?”