February 6, 2016July 31, 2021 Rolf Suey
This post continues from previous post “Is oil price really sustainable below $30? (Part 1)”. I ended
in that article stating to follow up with the discussion on the “Dos and
Don’ts” during an Oil Crisis. 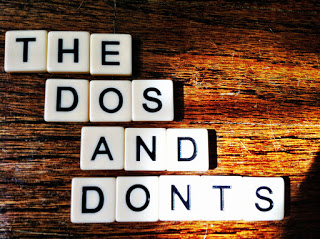 DO know the broader impacts oil price have on us!
For the DOs, I think everyone of us does need to understand the
impact of falling oil price has on the economy. It is not just the impact on
people or beleaguered oil/offshore companies in the industry, or simply to only
think about cheaper utility bill or petrol, but it is much more than that. It
has to do with the positive and negative impacts on a broader spectrum
affecting the global economy. The impacts of low oil price were mentioned in
Part 1 of my article.
DO keep more cash!
The next “Do” is for people related to the O&G
sector to be more prudent and keep more cash. This is expressed in an
article, I wrote last year “Hazy Outlook Ahead – Cash as
Hedge?”
DO NOT forecast oil price
During an oil price bear or bull, people are inclined to
forecast where oil price will head next. History has shown that no one can
accurately predict oil price. Refer to my earlier article reaffirming this fact “Which
Directions Will Oil Price Head? What Should I Do Now?”.
DO NOT catch falling knives
The oil price rout started in 3Q2014 due primarily to OPEC
persistent increase of oil supply in an attempt to expunge shale
producers. Since then, oil price gravitated to decade low of under
$30 a barrel last month. The initial decline of oil price ignited buying
interest in O&G stocks for many people. In particular Keppel and
Semb Corp (SCI), the two blue chips deem to be the safe bet.
Imagine you bought Keppel and Semb Corp at >$10 and >$4.5
respectively back in 2014, and continue to average many times down until today.
Then not only will your losses be hugely compounded, your entire portfolio
is likely to be lopsided towards these counters.
Let’s say you bought in Keppel at $10. Conservatively, for every
20% drop, you average down i.e. @$10, 8, 6.4, 5.1. This equates to total
investments of $30k for 4 lots, with an average cost of $7.5 per share.
Consider Keppel last close price of $4.9, your paper loss translates to ~$10k
(35% decline)! Some can be even more aggressive in the averaging down
during the initial stage. This is even more undesirable as you will quickly run
out of cash to average down when the price plunge even lower than what you
expected.
Yes, I am guilty as well, because I bought into SCI too early
but fortunately exited last Aug when share price is at $3.35. This was at a
hefty loss. Refer to my post “My Portfolio – Updates of Buy and Sell
& Rolf’s Advices!” It turns out to be a blessing today,
since SCI is $2.54 as per last closed price. I am not excluding the possibility
of a buyback later.  Do not get me wrong,
I
am not saying that these two companies are bad buys with poor business
fundamentals in the long term. I am just trying to remind the high degree of
unpredictability stemming from the cyclical O&G industry which will make
averaging down (catching the falling knife) tactic more unconvincing.
DO NOT leave the industry
During the good old days when oil price is above the century
mark, many fresh graduates enter the O&G sector. It was not only
attractive remuneration, but also all the hype portrayed by the media about the
bright future in this industry. I recall Mediacorp and Keppel Corp partnered
to produce a TV drama “The Peak” or “Zui Gao Dian” back in 2007.
It’s remarkable how things took a drastic change now.
As the industry outlook gets gloomier each day, there are many
instances where people are eagerly finding the nearest exit out of the
industry. Fear and anxiety are cited as reasons! My personal advice is
really to try to endure this tough time in the same industry as far as
possible. After-all, the O&G sector is niche and technical in nature with a
relatively high barrier of entry. If you choose to leave the sector voluntary
now, all the years of related experience will just go down to drain. It could
also happen that once you leave the industry, an unexpected “wind of
change” takes place to drive the oil price up again. By then you will miss
the boat.
The same situation mimicked in the late 80s throughout the 90s
when O&G/Marine industry is in doldrums. Who will have expected the boom then
in the next decade thereafter. I joined the industry in the early millennium
and back then there were a serious shortage of experienced workforce. Veterans
who were in the Marine industry for a long time were highly sought after and
enjoyed almost a decade long of good fortunes! I also remember the 2009
GFC which adversely affected the O&G industry as well. That crisis was
short-lived and not as harsh, because oil price rose quickly. Many believe that
this crisis is different as the winter is anticipated to be longer and colder.
Rolf’s final
thoughts
The above are just some of the Dos and Don’ts during the current
oil crisis.
Perhaps it pays to remind oneself to anticipate and take action
early, before the actual crisis unfolds. In addition, it is extremely important
to NOT run away from a crisis, but instead to face it, stay tough and pull
through any crisis in your life.
For I am very confident that THERE WILL BE SUNSHINE AFTER THE
RAIN!
Related posts:

Is
this a right time to buy: DBS, OCBC, UOB or Keppel and Sembcorp?
Will
Oil Price crash to $20 or rebound to $70 in 2016?
Sembcorp
Buy or Not? – Ask Who?
Oil & Gas Crisis – Time to Take On More Work Even
with No Pay Raise!
Oil Crisis – Did You See it Coming?
Mark Mobius on Oil
Stocks and Dangers for Long-Term Investors
Oil Price Slump –
My Portfolio, What Approach & What Lessons Learnt
Oil and Gas /
Offshore & Marine Stocks in Singapore
Crisis, Investment Skills, Oil & Gas