Fujian Trip (Part 2) – A Pleasant Encounter with Mr. K in the Air

June 5, 2015July 31, 2021 Rolf Suey
This post continues
from previous
post (Part 1)…
Met Mr. K
It was a 4-5 hours
flight journey back from Fuzhou to Singapore. On the plane, a smart old man was
seated beside me. Let’s call him Mr. K in his late 60s age from what I was
told. His age though, is very much concealed by his radiant skin, healthy
physique and energetic character! 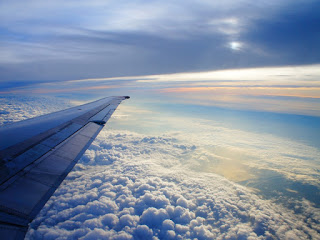 Apparently both Mr. K and my “wavelengths” are within same bandwidth, therefore, soon after, a four-hour conversation transpired between us. Mr. K began telling that he started a
factory in Fujian to produce herbal medicines. These medicines include Lingzhi
and various other types of medicinal oils. There is also a protected area
in Fujian called Wu Yi Shan where very good air quality exists. This is the
place where he can cultivate his herbal medicines to the highest quality.
Research is also done in collaboration with Xiamen University.
Mr. K is so
enthusiastic when he talks about how his herbal medicine is able to help his
relatives and friends who suffered from liver, heart and other medical
problems. All these good deeds
are not without price tags and sacrifices. Mr. K told me he spent many years
of research on herbal medicine and even had patents in US university
during his stint there specifically for this research. Money wise, he had
already spent more than 6million already.
Passion for Herbal
Medicine
Mr. K is a hotelier
for his entire career but become passionate in herbal medicine because he
believes it can cure many illnesses that western medicines have no
solutions for. Moreover herbal medicine has lesser side effects and can also reduce
the need of operation that resorted in “cut here cut there” in human
body.

“Once your blood is cleaned, naturally our body will be
healthy over time.” Mr. K said.
Mr. K’s passion was
triggered when he encountered a very sick lady in a hospital. She was a complete
stranger. When Mr. K saw that she was so depressed with her illness, he offered
her a bottle of herbal medicine. The lady told Mr. K that even though she had
no idea if the medicine will help, she felt so touched that words cannot
describe. This incident sparked
Mr. K’s strong desire to help people. From then onwards, he started
extensive research/reading into all kinds of medicines to save lives, not just
Chinese herbal medicines but also western medicines.
Wealthy Comes From Integrity
As our conversation
deepened, I heard that Mr. K is from one of richest and most influential
families in South East Asia. His family owns conglomerate business that
span across the world. The wealth their
family had, never become the culprits of many spoilt children. From a young
age, Mr. K was taught to stay honest and uphold integrity by his father and
uncle. Do not ever cheat people! Furthermore, no matter how profitable a
business is, their family will never get associated with businesses related to:
1) Gambling 2) Woman
3) Drugs and 4) Arms
Be Down To Earth But
Knows When to Fight Back!
Mr. K had worked in
almost every departments of the hotel and learnt the hard way from bottom up.
No special privilege even if it’s family business! The same applies to all the
rest of the family members.

I was also told that
during his undergraduate days in UK, he had to work part time to support his
expenses. The weekly salary was 10 pounds. Even with such low salary,
the restaurant Owner will cheat and refuse to pay the students who
finished their work. Reasons cited “Business is bad!” ,even when
business was obviously rosy.

With a smile, he mentioned the only
way to handle this kind of lowly despicable cheat is to let him has a taste of
his own medicine. All the students who
mostly came from extremely rich family back home, then collaborated, threw
their “work apron” on the floor and said “I quit”. Yes… on
the same day, leaving the restaurant with no more helpers!
Failure is
Enlightenment
During the 1997
crisis, Mr. K lost lots of money and was 40 million in debt. He was so poor
that he could not afford to buy air tickets for his daughter’s graduation
overseas. Even the wedding of her daughter has to be limited to few tables of
invitation. It is uncommon for his family background.
Although his family members are rich and wanted to help him with the debts, he declined. Mr. K says
there is no difference being indebted to his family members or
others. Mr. K believed that that was Karma debts that he owed in his last life
and he needs to clear it himself. This is the only way before he can be truly freed.
Mr. K said “The
day I repays my karma debts is the day I can do what I really want and
accelerate 180 miles per hour and never look back!”
Charity
While many will be so
brooded by the repayment of debts, Mr K did more charitable work
instead. He realized that his debt problem is a wake up call for him to
start contributing to the society. Therefore, for every 10k earned,
he will donate 5k to charity. At one time he donated so much money to charity that
all his friends started to ponder that he must be extremely rich. On the
contrary, Mr. K showed the friend his bankbook which was still 18 millions
of net liabilities. His friends could not believe it! Today Mr. K had
cleared his debt.

The joy derived from charity, matters more than
anything!
Continuous Learning – 活到老学到老
Our late PM LKY always
advise “Continuous Learning – 活到老学到老!” Great minds think
alike. Mr K. illustrates with 2 examples to reinforce this
importance.
Example 1
Mr K is english
educated and speaks very little mandarin. 20-30 years ago he was assigned to
China to start new hotel. So every time he speaks mandarin, there will be this
Chinese manager who will laugh and joke about his funny accent or wrong usage
of words.
Mr. K was not angry at
all, but instead use this as an impetus to improve his mandarin, by attending
class and study hard.
15 years later he
returned to China in that particular hotel and see the same manager. This time
he already speaks relatively sound mandarin but the manager still cannot speak
a single sentence of english properly! The manager never learn after 15
years!
Example 2
In the Singapore hotel
where Mr. K worked for in early 1970s, there were his purchasing director and
manager. Let’s call them Lee and Wong.
Manager Wong was in
charge of beverage and after working many years in the company. Then there was an
opportunity to transfer him to Beijing, and also promote him to Purchasing Director. Wong
accepted offer. Several months later,
Mr. K visited the Beijing hotel. The hotel GM asked why did Mr. K assign him a
purchasing director knows so little about his job.
Mr. K was shocked
because Manager Wong had spent tens of years in Singapore hotel as purchasing
manager performing his job well. Mr. K wondered, why Wong is not up to his
current role. He then found out that,

Manager Wong is only good in what he does best which is in Beverage! Wong
never pick up any other skills outside his work scope despite his 15 years in
the company.
If You are Shiny, You
will still be shiny in Mangrove swamps
From the above incidents, Mr. K believed that
once you are learned, the knowledge is within you and no one can take that away
from you. It will be no time, that soon your talent will be discover and you will “glow” even if you have to go through hardships in the short-term.
He said “A snake
with shiny skin going through mangrove swam is still a shiny snake. “
Willpower to Protect
Health
Since Mr. K is very
health conscious, he discussed about the harm smoking and drinking
brings.
I told him I used to
be a smoker for close to 20 years but I quit. He is happy for me. But when I
say I still occasionally smoke because of the request of clients, he was not impressed
at all.
“You need to possess
the WILLPOWER to say NO when it comes to protecting our own health. Our life is more
important than work!”
Should I quit and
follow my passion now?
I describe to Mr. K
that what if I already found something I really wanted to do, but yet not ready to resign my Day job that I do
not detest, “When is the right time to quit my job and pursue what I
love?”
His advice:
“Everything
happens for a reason. Do not rush into it. Maybe your time has yet to come. Be
patient and continue striving. When the time comes, your gut will somehow tells you it is the right time!”
He further advised, “Learn
how to earn. Then earn to finance what you are truly want to do in your next
phase of life journey.”
Rolf’s Thoughts
It was a very pleasant
encounter with Mr. K.
As I am a “sick
chicken”, Mr. K’s topic of health and medicine interest me, more than his status coming from a rich family. The best take
away is to listen to the many valuable life experiences and lessons of Mr.
K.
More importantly, to
learn from it!
China, Countries, Fujian, Relationship, Travel