This is a book that compiles accounts of people who
had worked closely with our first Prime Minister on the road to Singapore
nation building. Topics covered include law, politics, society, economics,
governance and foreign affairs. Read
news about the book here.
Anyway
this article is not meant to take sides or views politically. Primarily, it is
a book review to reflect the important factors contributing to what we are
today, as a nation. Most importantly is to know what we can learn from one of
our country’s most prominent figure.
Singapore 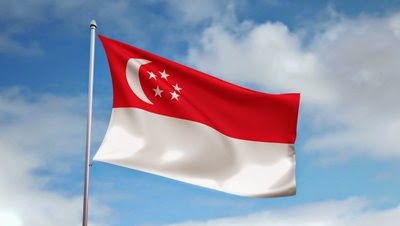 Singapore is not an ordinary country. We are tiny,
with no natural resources, and one of the most densely populated countries in
the world. Since our society is multiracial and multi-religious, the potential
for disorder and racial discord is high. Also, Singapore is situated in a
turbulent region with two large neighbours, each of which had quarters
resentful and envious of our independence.
Our Success
(If we will like to call it)
Singapore success is attributed to getting the
fundamentals right. Political stability, meritocracy, an incorruptible administration
etc.
Below are excerpts of Mr. Lee’s perspective towards
building a successful nation.
Political will must be very strong
Incorruptible
Honest Stewardship
Pragmatic
Believe in pragmatism not ideology. Pragmatic but still
guided by some deeply held values.
Pragmatic approach did not stop Singapore from working
wih Malaysia and Indonesia to pursue common interest.
Experimentation and Innovation
Early policies had no precedent. No blueprint prior.
Good deal of trial and error.
Adapt and Change – Nothing is static
Reasonable Men adapt,
unreasonable men change the world. – paraphrased from George Bernard Shaw.
So while you may work towards an ideology, but you must
stand firm on basic principles, you settle for what is practical at any point
of time, rather than embark on quixotic quests.
Thinking Ahead, Think Long Term
Look at the world strategically with a broad and
long-term vision, even though the purpose may not always be immediately
apparent to everyone.
Learning from the Best as well as others’ Errors
Attention to Detail, but Big Picture in Mind
Never be Micro-manager. But be attention to detail,
while keeping the big picture in mind.
No Short Cuts – Pure Hardwork and Persistence
Of course, it is not about taking reckless risks. Many
of these projects could have been stillborn if not for hardwork and persistence.
Small but Relevant
Small countries have little power to alter the region.
They must seek maximum friends, while maintaining its freedom as a sovereign
and independent nation.
Friendship in international relations is not a
function of goodwill or personal affection. We must make ourselves relevant so
that other countries have an interest in our continued survival and prosperity
as a sovereign and independent nation.
Size does not determine our destiny
Small countries need big friends. Though we are small,
but we cannot be pressured by bigger powers.
People, Leadership and Vision
A leader without vision to strive to improve thing, is
no good. Then you’ll just stay put, you won’t progress.
A government can only as good as people who run it.
Recruit the best and leadership renewal – Let us get
younger men and women in their 30s and 40s. Get them to take on
responsibilities of helping to train our young graduates in their 20s.
Order and Law
Good laws lead to good order. But without order, the
operation of law is impossible.
Low crime rate – you can go jogging at 2 o’clock in
the morning and feel safe.
Anybody whether he is Chinese, Indian, Malay or
Eurasian or any other race, whoever starts trouble we smack him down. And the
police and army will carry out the orders in a discipline and fair way.
Moral Education
Moral education – it is simple. You do good, you will
be rewarded. You do wrong, you will be punished.
Multiculturalism
..the perquisite of Malayan independence is the
existence of a Malayan society, not Malay, not Chinese, not Malay Indian,
Malayan Eurasian, but Malayan, one that embraces the various races already in
the country.”
Bilingualism
English is the language of workplace or
administration, but our mother tongues help us retain our core cultural values
as Chinese, Malay or Indian.
Not simply about language – it’s about finding our
culture.
If you know only one language, then in this society
you will find yourself a problem for yourself and for your society. And
invariably, you will find that with knowledge of another language, which means
an understanding of a different culture, a different civilization and more
windows in the mind, come inevitably, tolerance and understanding.
Thoroughness in Preparation
Boss’s Attention to Detail
Attention to detail by the boss matters. If the boss
cares, everybody else up and down the line cares. If the boss does not care,
standards can begin to slip.
Clear communication
When you write notes, minutes or memos, do not write
in code, so that only those privy to your thoughts can understand. Write so
simply that any other officer who knows nothing of the subject can understand
you.”
Frugality
Get the economics right. This includes living within
one’s means; getting value for money from our purchases; keeping subsidies
limited; not protecting weak performers; frowning on cross-subsidies which
fudge true costs.
Non communist
Diplomacy
It is not about being nice, polite of agreeable. It is
more fundamentally about protecting and promoting the country’s interests,
preferably by being nice but if necessary by other appropriate means.
SAF – 2 things we learnt from Israel. 1. How to be
strong. 2. How not to use our strength; meaning that it was necessary to get
along with neighbors and that no country can live in perpetual conflict with
its neighbours.
Link between Domestic and Foreign Policy
The most striking fact is how Mr. Lee sees the
inextricable link between domestic policy and foreign policy for our survival
as a nation state.
Maintain Good USA China Relationship
USA economy is resilient one since wealth of creative
talents and open to the world of talents.
China growth is real and cannot be stop will be the
biggest thing to happen in recent history.
Singapore often also acts as mediator between the two
countries.
Stay tuned to Part 2 …. 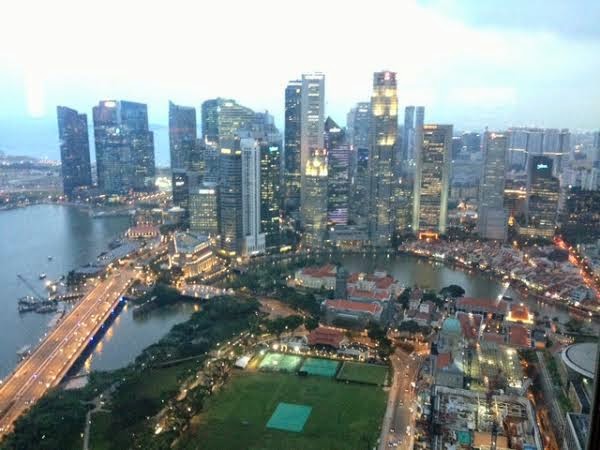