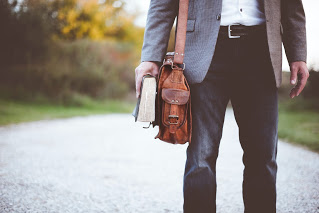 Facing one of the worst crises of all time, and with increasing number of workers being laid off or furloughed, it is tough times for jobseekers. The task of securing a job will be even tougher when you are 40 years of age or older, with your whole life of work experiences mainly within the Marine and Offshore/ Oil Energy sector.

Yes, I have three friends who fall within this category. This is a non-fictitious tale.

All are Singaporeans, having more than decade-long experiences within the “marine/offshore/oil energy” sector as sales/business development. All need a job as their main source of income. All have probably the same salary range with B the highest and most wealthy. All have family and children to feed and wife not working. None have first impression “appearance” disadvantage in my opinion.

“So, who will find the most suitable job first? And does age really matters?”

Mr. A is my closest friend among three. I knew him as driven and hungry sales guy in the past, with ability to secure big order sales worth millions. With experiences in MNC, mid-size western company, and small local set-up, I think he is the most qualified of the three to find a job first among the 3 of them. His age is an obvious advantage too!

Mr. A resigned from his job close to 3 years ago due to his unreasonable boss. Thereafter he  became partner for a business. It was a short stint and not successful. Savings drained into the fail venture, and he became a jobseeker.

Initially A, is very energetic and active in his job seeking and have no problem securing many interviews. This is 2018 to 2019 prior to Covid. Over time, one after another interviews fail. No matter how close some job opportunities become, A will always fail the final hurdle.

“It is liken to a soccer match, with the striker in the penalty box with only the goalkeeper to beat. Then he will somehow trip, or slip, or hit the post, or near miss, or the goalkeeper putting up the save of the day, to deny the striker a goal!”

As time goes by, Mr. A’s confidence fades. More lamenting also emerged targeting the hiring company/manager. This does not help his newfound interviews either. My sincere advice for A is not to complain. Instead, be constantly aware of our own mistakes. Many times, the hirer are not to be blamed, we are! Review, repent and improve with action.

Upon A’s request, I acted as his professional reference giving him full credit to his potential hirers. Always on the lookout for him,  I introduced him jobs (even to my own company), and aided him to vet/improve his resume, and guided him to anticipate certain types of questions from hirers. Yet, none of the interviews were successful, with hirer thinking he is not suitable for the job.

As a person, Mr. A have few friends to speak of. He also rarely catch up with anyone aside from myself and his family. His own life is centred around his own immediate family and parents and siblings, and nothing else. He also does not have any hobby, or any special things he love doing, outside work and family.

Loss of confidence soon became dejection. Hunger to find a job diminish. Mr. A went overseas to be with family and without household income, added a new family member, and lived on his decent size savings in a very low cost village. Looking for jobs remotely become harder, and the drive also died out. I also felt the laid-back and “laziness” in him over time, as his savings drained dry.

Just like that, 2 years or so, passed without income. Last month, Mr. A was back from overseas and continue his job hunt. I met him and his energy and confidence level was EVEN LOWER than last 1-2 years. I also sense that he is a bit slower in his thinking and is like a completely different person from 3 years ago.

The trigger of this negativity, I feel, is due to the overly simple and easy life in the laid-back outskirt village of a developing area, without income and living on savings with wife and kids. This is not helping his job search at all. And with Covid and oil crisis, it will be an uphill task looking for a new job compared to 1-2 years ago.

Mr. B resigned without a job close to half a year ago as company is not doing well, and the boss who took care of him also left before him. B mostly have mid-sized SMEs professional experiences.

Mr. B is vivacious and always very positive, and very talkative. He also know many people, not limited to Singapore but another country. He will always have the initiative to catch up with friends or business associates over phone or “kopi”. He is also not shy to ask for help, and of course he is also helpful and willing to share, if you ask him for help.

After he resigned, we met. He was not at all worry, and told me things happened and just have to move on. Also, he will DEFINITELY NOT do nothing and will always have plans to do something. Since out of job, he also started to make contacts with many people within the industry and catch up with many people over coffee after the circuit breaker. He also worked ad-hoc without income but on commission basis for people in the industry while without a job. At least he is doing something.

One major shortcoming in Mr. B is perhaps his rather short stint in his professional career. That said, it did not stop him from landing a perfect job under the current circumstance.

Just last month, he found a job within less than half a year within the Energy sector. What is heartening to hear is that, he found a very good job in a reputable western company as a senior position guy. Furthermore, the company is supported by tens of billions dollar parent company and will stay intact during this crisis.

Mr. C lost his job last year when his company met with financial difficulties within the oil energy sector. C is not as highly educated compared to the rest. He also have mostly local SME experiences. To me, he is the most “crippled” of the three.

Mr C is not the extremely energetic type and quite laid-back, perhaps due to his age. Despite that, he will always have initiative to Whatsapp and stay connected with people around him, all these years. Aside from his family, he also love playing “a particular ball sports” either with friends or with business associates.

Last year, his segment within the Oil and Gas sector is becoming extremely bad, and he was owed months of salary by his previous company too. Things are not looking bright and I was quite worry for him, as he is still very much in need of financial support for his family.

I wondered “How is he going to find a job without a degree, and with old age in the most dire segment within the oil and gas sector?”

Nonetheless, Mr. C seems less worried than I am, although he is the one losing his income. Then, a big surprise to me, was that he managed to find a job within less than 1-2 months last year as the same position, and probably the same salary range, in a decent sized SME, whose bosses are cash rich. Today, he is still in the same company.

Age and Education is NOT always the biggest barrier to find a job, with all other things being more or less that same among the 3 of my friends.

Attitude and confidence level is! Lack of reviewing oneself is also bad. The positive energy, vivacious nature and positive vibes within an individual is one very important consideration for the hirer. Positive energy also means “less suay (unlucky) things” will take place in your life.

The extrovert and talkative character, plus the initiative to call and arrange meet up with people around us, is also a testament of the positive drive and energy needed in a business development role. And this trait must be natural and within the person, without personal agenda, and not just saying “When I find a job, then I will definitely do that!”

In fact, catching up with friends/people are important when you are out of job. It is not just personal agenda of meeting people hoping they will recommend you jobs. This is not correct. It is distasteful to only catch up with people when you need something for yourself. On the contrary, it is genuine nature of thinking that friends are also important in your life that is helping to build positive energy. It is the joy of being together.

In addition to the above-said, if you only have a life centred around yourselves and your immediate family, without any hobby to speak of, and mostly low in energy, then subconsciously, you may be building BIG INTANGIBLE BARRIERS in achieving good life, let alone professional career.

My Wife’s Company Ask Her to Take 50% Paycut – What is My Advice?