Impact to Singapore and Rest of World? US new passed bill to delist some Chinese companies in US stock exchanges!

May 25, 2020July 31, 2021 Rolf Suey
Last week US senate passed a bill to potentially delist Chinese companies from American stock exchange if these companies do not comply with the “Holding Foreign Companies Accountable Act” for three consecutive years.
The Public Company Accounting Oversight Board’s (PCAOB) will enact the act to ensure audits of foreign US listed firms to be accurate and transparent. These firms are also require to declare if they are owned or controlled by a foreign government, including China’s communist government.
As it stand now, Chinese government refuses to allow PCAOB in inspect audits of companies that are registered in China and Hong Kong. The recent delisting of Chinese company Luckin coffee whose fraudulent accounting came to light is one of the triggering factors. But more evidently, it is US targeting China in their ongoing trade wars.
According to SEC, more than 224 foreign US-listed companies, mostly Chinese with a market cap of > USD1.8 trillion will have trouble adhering to PCAOB’s audits.

Shares volatility persists
Short term impact will see shares of Chinese-US listed companies taking a hit.
Hang Seng will not do well too, as already seen with last Friday’s more than 5% decline in the index.
The pandemic and US-China tensions are double whammy. Volatility in stocks will continue.
Listings elsewhere
It is likely that companies listed in US such as Alibaba, Baidu, JD.com choose to leave U.S to seek listing in Hong Kong. Alibaba already had secondary listing in HK while Baidu also expressed willingness to do the same earlier.  If not HK, then perhaps London Stock Exchange?
Otherwise, in Shanghai or Shenzhen stock exchanges but with smaller pool of investors.
Alternatively, Singapore should really lure some of the bigger cap Chinese companies to list here. However there are still much work to be done as S-Chips listings in SGX is not really a success with poor track records in the past.

US HAS TOO MANY WEAPONS TO TRIUMPH OVER CHINA
It is without doubt that China will potentially over-take US to be the largest economy in the world one day. That said, it will take STILL some time for that to take place. Maybe at least 20 years?
While US may have poor governance in its leadership of the country, the corporate America is still far too powerful with so many gigantic companies, and many having technology that will shape our future lives.
At this moment in time, US just have too many “weapons” against China. Add taxes, since China is net exporter to US! Delist Chinese firms in US! Print more USD! Getting Europe allies and other allies such as South Korea, Japan, Taiwan, Australia to have sanction against China.
In the midst of the Hong Kong protest, US will also step in to impose security and democratic laws against Chinese sovereignty over Hong Kong.
ROLF’S THOUGHTS
Stocks can rally, but people will lose their jobs or have income decline
This crisis will not be like the previous ones where it tank and recover fast. It is going to be a long winter. While the stock market is rallying, it is nothing to do with the real economy. Stock market is driven by liquidity of fund managers and their sentiments to make money. It does not reflect the economy.
The economic problems of the world will result in a small and painful decline of global economies. Jobs and income will be impacted, even without the corona pandemic, as the false optimisms in the last decade cause by money printing will soon come to an halt, as STEROIDS begin to show its side effects.
Widening of Income Gap
The global rich and middle income gap will widen. More middle-income will fall into the zone of low income. The rich and the politicians will continue to be richer and more powerful. The people authorizing and those who sell the steroids will continue to earn more money in the near term (Rich and powerful). The people at the receiving end of the steroids (middle and low income) are going to be the one who suffer.
Protest to redistribute wealth
Very soon, there will be more protests in the world held by the disgruntled. The “have not” will protest against the “haves” to redistribute wealth.
Whether there will be a successful redistribution, I am not sure. The last time in 1930s, it produces Hitler.
Singapore hope in ASEAN!
Our over-reliant on good US-China relationships to grow our economy is not going to work anymore, at least for the short term. ASEAN is our only hope now! ASEAN need to be united as one, and Singapore can help those economies to grow with our knowledge and strong banking systems.
And the country which will grow the fastest next is VIETNAM! Due to the tension in US-China that will persist for awhile, more firms will think and explore relocation of their investments into Vietnam. 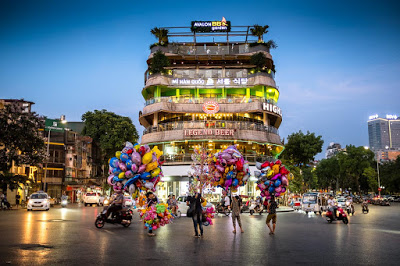 source : www.jacokleijwegt.com
China
In the long run, say 10 years or more, China will continue to grow and grow. But for now, they have been growing too fast in the last few decades and every fast growth will soon meet with decline.
Nonetheless, the future of China is bright. They will learn from this crisis, and continue to grow resilience to deal with global problems, by strengthening and keep on strengthening their own economy.
Stock investing
Personally I prefer to be at the side-lines for now, although I am still confident that China and her Chinese tech firms have huge growth potential. Waiting for their share price to tank further now, before taking any actions.
China, Hong Kong, Politics, Singapore, US, Vietnam

3 thoughts on “Impact to Singapore and Rest of World? US new passed bill to delist some Chinese companies in US stock exchanges!”