April 23, 2016July 31, 2021 Rolf Suey
Have
you ever wondered that longevity or illnesses of a person has close association
to one’s character and how he/she behaves or what they do?
Relax
Lah!
If
we become are too uptight or nitty-gritty over even the slightest things in
life, and cannot relax, we can be prone to sickness unknowingly. It can be a
sickness so serious that the doctors or ourself will find it hard to know why.
This is when we will start examining on the things we eat, our exercise
activity that frankly none is the real cause. 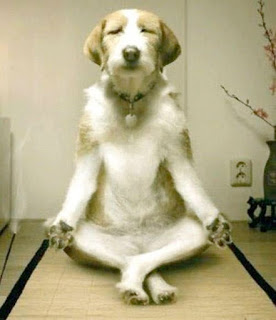 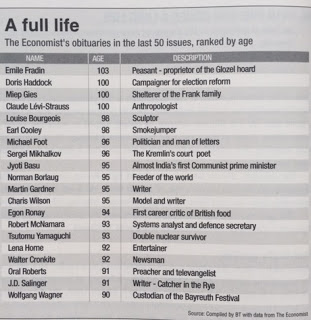 So the group that
has the greatest longevity is Curator (or keeper of a cultural heritage
institution e.g., gallery, museum, library or archive). Next is activist such
as Doris Haddock who walked 3,200 miles to campaign for US electoral reforms
and Miep Gies who sheltered for Anne Frank’s family. All lived at least a
century of age.
Scientist
is the next biggest group with median age of 95. People using words in their
profession, such as artists and those in military and religion lived above 90.
At
the other end is the group after pop art star such as Michael Jackson, is the
group that engaged in outdoor activities such as climber John Bachar, crocodile
savior John Thorbjarnrson. Politicians also have one of the shortest median
lifespan. Refer to table below. 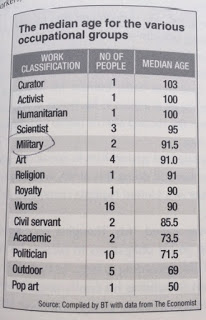 Teh
HL ‘s conclusion for longevity is as follows which I agreed fully.

Grander
purpose
Attitude
in life
None
were overweight
Active
in mind  / body
Enough
financially to last that long
Related
posts:
Is a well-planned retirement definitely
a meaningful one when the “big” day arrived?
Rolf’s One-Third Rule in Life, Work and Investments
Is Work Life Balance Only For the Financially Freed?
What is Your First Priority? – Liam Neeson, Taken 3
Legacy of Values & Meaning of Life – Dr Catherine Lim
Rolf’s
Matrix Series:
Are we living in a Matrix? (Part 1)
Finding the source of the Matrix – The true purpose of
life (Part 2)
Matrix Revolution – Seeking Enlightenment! (Part 3 –
Final)
Health, Wisdom