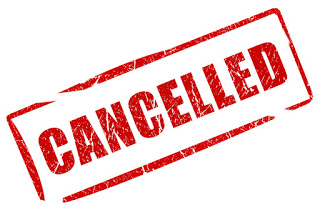 “MP Drilling has today (17
Nov 2015) issued PPL, the builder of the New Rig, a notice of termination of
the Rig Construction Contract following the latter’s failure to comply with
certain of its material contractual obligations. In arriving at this decision
to terminate the Rig Construction Contract, MP Drilling has taken into account
various factors including cracks found on all three legs of the New Rig during
two rounds of tests, notwithstanding repair works carried out by PPL after the
first round of tests. In view of the termination of the Rig Construction
Contract, MP Drilling will not be taking delivery of the New Rig and it will be
seeking, among others, a refund from PPL of the initial amount of 10% of the
contract price (approximately US$21.4 million) previously made to PPL pursuant
to the Rig Construction Contract together with interest.” – refer Marco Polo website here.
Semb Marine PPL Shipyard has vehemently denied
Marco Polo’s announcement and said that it is a “repudiatory breach” of the
contract. The rig contract was announced between MPM and SMM on 26 Feb 2014 for value of US$214.3mil.
Recent Oil
& Gas “kopitiam talk”

Just last month, I was talking to a friend
who also worked in the local O&G industry for more than a decade. Specifically, we talked about WHEN Marco Polo will cancel
the rig contract?  We also mentioned how Sembmarine
being a reputable yard will have a more balanced contract term (not always true also!) and is unlikely
to let Marco Polo cancelled the order just like that. This is when you compare to Rig speculation in China yard.
Some desperate Chinese
yards who, during the good times in order to get the Sales order is willing to sign
contract with Rig owner with as little as 5% or less down-payment. Not only
that, some yards is likely to sign contract without paying
much attention to the terms of the contract proper. In the face of crisis
like now, they will then incur huge financial risks if the owner just terminates
the contract due to the “loop-holed” contractual terms. And because many of the Chinese yards
are famous for schedule delays, owners often use this as reason of cancellation
and claim back their full refunds.

Well, now is MRM Vs SMM?

Story is slightly different as opposed to the commonly used reason of schedule delay! Now it is material defect in rig legs! Let’s see how Semb Marine is coming back with her story?

If there is a charter contract in place for the rig to be in operation urgently, do you think there will still be a claim like this? Or will both parties try all their best to resolve the technical issues immediately? Maybe the technical defects cannot be rectified hence the claim?
Why
cancellation not surprising?
Cancellation in the current environment is not at all surprising. Straight forward. With
cheap money all around the world in the past years, the likelihood of companies
taking escalated risk is higher when times is good. Aftermath : Oversupply of vessels!
I remember last year when Rig owners announced their foray into the rig segment, there were hustle and bustle of
excitements all around vested retail investors. Some say these new rig players are drilling for higher income, some say they
will become a true player in the rig segment, and more nice words…. Yes, good times! Then you also see many other players herding. Speculation causes bubbles today! Not just in the rig segment, but also the OSV segment. It happens in 2008, and now it happens again. People never learn?
June 2014, I wrote an article
and mentioned:
“While
many believe that the new rig additions will be well absorbed by the market due
to new units substituting older rigs, I am particular concern about the
digestion of the incoming huge supply which may affect future charter rates.
Moreover
31 out of the 119 jackups under construction were from speculators and asset
players, and not true rig drilling contractors. Be aware that any twist of fate
will sink the speculators. Marco Polo, Falcon Energy, Viking Offshore etc are
among some of the speculators listed in SGX.  ”
October 2014, I wrote another article
and mentioned:
“I mentioned in my post in
June this year (refer here) that Jack Up Rigs oversupply will be a concern. Now
with oil price potentially falling in the next 2 years, we should be careful
with companies who are not true drilling contractors without oil majors
contracts. These companies are speculators who ventured into rig-owning
business to expand. Be aware that any twist of fate will sink the speculators
such as Marco Polo, Falcon Energy, Viking Offshore.
Evidently, Keppel O&M
and Sembmarine orders from Jack up will decrease after hitting a peak in 2011.
In particular Semb Marine Drillship orders for deepwater should also see a
decline as it is more costly for oil production in deepwater. Cut throat
competitions from China is another concern.”

What is rig ownership and speculation?
What most people who are not familiar
in the O&G industry really do not know is “What exactly is Rig
ownership?”
I remember asking fellow friends last year when oil price is still high, who eventually will own the speculative rig? Some escaped the questions, and some
retorted that it is of course the buyer of the Rigs lar…..
Many retail investors believed that the
buyer is the owner of the Rig and is going to charter the Rig out and start to
get streams of income to boost their bottom line and hence the stock price. Even so -called experienced investor believe in that and sometimes mislead others. On
the contrary, most “rig owner” who ordered speculatively, wanted to do sale and
purchase rather than leasing.
For instance in this case, an OSV owner like Marco Polo
who has no prior experiences in rig building, are not really the “true owner”
of the Rig. They are more like speculator and the rig in SMM has no buyer nor charter contract yet. Very similar to “flipping properties”!
When time is good, interest rate is extremely low, you borrowed cheap money,
orders a newbuild rig from a shipyard, and then try to find a buyer during this
time.
Speculation of rigs does not require
whole lot of knowledge or resources about drilling. All you need is to be come
out with little money and find the right source of financing, employ a small
team of people, can be 5 or less people. Then go find a shipyard that is
willing to accept ridiculous payment terms to finance the rest of the project for
a typical 30-36 months delivery timeframe. The upfront payment can be as low as
1%, and 99% upon delivery of rig. Then during this 30-36 months, praying that
there are no crisis, and find a buyer for the rig!
Flipped correctly, you win big.
Otherwise?
What is bareboat charter?
If you do not sell the rig, you can
also try to find a bareboat charter. This means that the Oil Company will
actually have their own crew to operate the rig, while you just lease out the
Rig as it is “bare”! Bareboat charter for OSVs and liftboats that are of lower complexity and
value are more common.
When it comes to rigs that involved handling
of the complex drilling equipment, I reckon that Oil company will prefer to
hire a drilling contractor who has the experience crew who is very familiar to handle
his own equipment on his own rig.  This
can greatly reduce the hassle from the charterer (i.e. Oil company), as risk is
placed with the drilling contractor operating her own rig, which is normally
more efficient with lesser downtime.
Alternatively if the oil company is
going to buy a rig “bare”, they will prefer to already be very involved during
the pre-project-built stage. This is so that the eventual operator of the rig
knows exactly what kind of specifications and equipment they are getting!
Typical experienced drilling
contractors are Transocean, Noble Energy, Diamond Offshore, Seadrill etc
Rolf’s Final Thought
So
if the oil price continues to stay depressed going into 2016, the question to
ask is are we going to see more cancellations of rigs and vessels?

Your guess?
Oil
and Gas is cyclical and sometimes can be “too hard” for most of the people who
are not familiar. Even for people who are familiar, it can also be considered as “hard”!
You
really need to exercise caution when dabbling with it.

10 thoughts on “Marco Polo to cancel rig contract with Semb Marine – The need to understand Rig ownership versus speculation!”