November 9, 2015July 31, 2021 Rolf Suey
On the eve of the public holiday – Deepavali, I took leave today. It feels good to be relaxing on a Monday. I decided to continue where I left behind. In my earlier post, I discussed about the current situation of Singapore economy based on an informal survey, gathered from my own experience as well as collected during chit chat sessions with friends, relatives, business associates across various industries in this country. Since the
world is getting “smaller” today, it is inevitable that Singapore’s fate is
also largely tied to global economy today. Therefore it is important for us to know what is going on in the world today. In particular, the economic outlook in both the world’s number one power (USA) and world’s number one emerging power (China), is of great importance to Singapore. 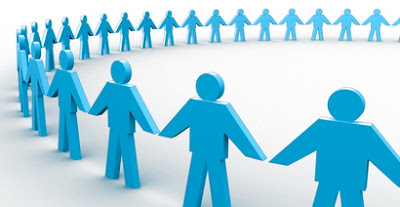 Just like Professor Kishore Mahbubani, Dean of LKY school of public policy,
splendidly put it during a lecture in Harvard Kennedy School this year, when he
mentioned that the world is no longer 7 billion of people living in 193 different ships
with different captains, just like in the past. Today, it is 7 billion of
people living in 193 cabins in one ship. And with no captain. That is why you have
global financial crisis, global epidemic crisis etc.
USA
US has
reported a set of relatively strong economic data lately, with low unemployment
rate (5.1%) and strong consumer spending in the country, despite manufacturing
data weakness persists. Last week, Janet Yellen has hinted on a rate raise
within this year if the data is strong enough to support the hike in December. And note that post rate hike, USD will
likely to devalue, and vice versa!
Is the US
economy really doing well now? Some argue that the data is misleading. The official
unemployment figure only takes into account people who are actively looking for
a job. It does not include people who have lost hopes searching for a job after
months of hapless job seeking. The quality of jobs has also declined, with more
part time jobs replacing the full time professional positions, meaning while employments rise, it does not mean the standard of living is better off.
Notwithstanding economic data as importance indicator to the US’s economy, in my opinion, the most
important question really is how long can debt continues to fuel US economic
growth? US public debt is >$18 trillion today compared to 7.3 trillion in
2004, where about 1/3 is foreign and 2/3 is domestic.  As of Aug 2015, the largest foreign holders of
U.S. debt were Mainland China ($1.27t) and Japan ($1.19t).  As of Aug 2015, Singapore is the 12th ranked
holder of US federal debt at approx. $116 billion.
This means that any mishaps that USA might face,
the tiny red dot will not be spared lightly either.

China
Do you really believe in China 6.9% GDP growth published in the last quarter compared to a
year ago?

China is a big country and the figures that make up its GDP are very
complex. It is undoubtedly that some service and consumer sectors are rising,
but the driver of an emerging economy is really the industrial production and
its exports, which are both falling. The one thing that is rising, which is
bad, is inventory level and debts! Six cuts of interest rate in a year tells a lot about the current state of economy China is in, and it will not be surprising if the next rate cut is coming soon.
Another potentially
huge problem China faced is shadow banking. In the last decade or so, China has
injected ample of funds into their state-owned-enterprise (SOE) to facilitate
investment-led growth. As the country slows down, many SOEs are heavily in
debts. The same problem of government sponsored enterprises (GSE) took place in
US when the federal government sponsored Fannie Mae and Freddie Mac to stimulate
the home ownerships growth. This created the sub-prime crisis, which will
eventually lead to the GFC in 2008.
Marc Faber,
publisher of Gloom, Doom & Boom report during a recent interview with
Bloomberg, said that China is expanding at a real rate of 3-4% and warned investors
of a bubble of “epic proportions” as well as the “very heavy
capital flight” from Chinese investments.
I believe
that China is undergoing the transformation from an export-led to a
consumer-led economy, and during this transition, economy is bound to slow
down, while the longer term future still remain positive as China becomes the world number power! For now, the short
term headwind in China is destined to affect Singapore, since we are the single
largest foreign investor in China.
Europe & Japan
ECB
President Mario Draghi has hinted more QE to come towards the end last month. Perhaps it
has come to a point that if there are no loans, there will be no growth in
Europe? If there is more QE, it also means that Euros is expected to decline?
In Japan,
Abenomics three arrows of 1) massive monetary stimulus, 2)
increased government spending and 3) significant economic reforms fail to hit
their targets. Wage growth is sluggish and Inflation is below central bank
target of 2%. Aside from the failed policy, one of the biggest problems Japan is facing today is demographic
problems. The population is rapidly aging and people are moving out of the
country.
Brazil, Russia, India
Both Brazil and Russia are greatly hurt by the falling commodity prices.
Their currencies had fell off the roof with looming inflation problems. As a result there is a great deal of emerging market risks developing. Having said that and on a positive note, with the falling commodity price index, the consumer story in these countries
is still a good one.
With China’s slowdown, India will probably take a share of the limelight
in global growth. Given Indian’s large population and it’s resilience to
adverse economic conditions, it is likely that India will steer its way out of
any potential headwinds ahead, albeit still be affected if any drastic global crisis take place. As of Apr15, Singapore is the single
largest foreign investor in India.
Rolf’s
Thoughts
Without any doubts, the global economic outlook today is definitely not
as rosy as compared to one year ago. I am not going to predict if there will be
a crisis in the next one or two years, because nobody will know. Whether there
is a crisis or not in the roads ahead, we still need to face it. Hence the
whole idea is not about worrying what will happen, but instead the greater
importance is for us to understand, anticipate and then take appropriate measures now.

UNDERSTAND
With the understanding, we will be able to:

ANTICIPATE
And then, we can:
TAKE APPRORIATE MEASURES

BE A CONFIDENT
PARANOID!
Prime Minister Lee Hsien Loong said this year that he admitted that
Singapore is “paranoid” and constantly worried that it could lose all
of its accomplishments, saying that such concerns are “necessary”.
“You
don’t expect to go back to where you were in the 1960s, and yet it is not
natural that you stay at this place. Is it to be expected that the
population of three-and-a-half million citizens and maybe a million foreign
workers will have the best airline in the world; the best airport in the world;
one of the busiest ports in the world; a financial centre which is one of three
or four key financial centres in the world; and an education and healthcare and
housing system which gives us a per capita GDP which is – at least by World Bank
calculations, if you look at PPP (purchasing power parity) – higher than
America or Australia or Japan?
“It is
an entirely unnatural state of affairs, and one which we should count our
blessings for – if not every day, at least (at) every election,”

– PM Lee in
July this year while at a SG50 conference organised by the Institute of Policy
Studies (IPS) and the Lee Kuan Yew School of Public Policy (LKYSPP).
“It is
the Government’s responsibility to be paranoid about the future of Singapore.
But I think that the paranoia is not shared by the population. As the odds are
against the longevity of a small state like Singapore, “you’ve really got
to work extra hard to survive; you’ve always got to be paranoid”.
– Professor
Kishore Mahbubani, Dean of  Lee Kuan Yew
School of Public Policy
Economy, Singapore

13 thoughts on “How good (bad?) is the Singapore economy now? – Global Perspectives (Part 2)”