When my mum first gave
birth to my eldest sister more than 40 years ago, I heard my Grandpa did not visit
our family. However when my elder brother was born, my Grandpa was so happy and
eager to visit his grandson.
Male chauvinism!
Times had changed
since. Today there are so many women holding high positions both in corporate, political
and even the military world.
Further to my last
post featuring Woman’s
Guide to Financial Freedom, I decide to continue with another post today on
woman dominance.
This is actually
triggered by a topic with a colleague last month on the importance of women in
today’s world, not only as mothers and wives but also in the political, economical,
corporate and even military world.

Then last week, Singapore Armed Forces made
history by appointing the first ever-female General.  Colonel Gan Siow Huang, 40 will assume the
rank of Brigadier-General on July 1.

Political and Economic
Scene
Today, two women
critical in determining the fate of Greece who is facing the exit from the EU
are the 1) Angela Merkel as the first woman Chancellor of
Germany – the most powerful national economy in Europe and 2) Christine
Lagarde, IMF Managing Director.
If you are wondering
when global interest rate is going to rise, affecting our loans, equity or
bonds, then the answer can be turn to Janet Yellen, the
Chairlady of US Federal government.
The importance of Queen
Elizabeth and Margaret Thatcher in the history of
United Kingdom is widely known and need no further address. In Netherlands, the
royal family was reigned by a Queen
Regnant for more than a century until King Willem-Alexander ascended the
throne two years ago.
Coming 2016 will be
U.S. Presidential Election. It is left to seen if Obama can continue his
presidency contesting with former U.S. president’s wife, Hillary
Clinton who is currently the frontrunner in the Campaign.
Female Presidents also
lead the first and second largest nations in Latin America. They are Dilma
Vana Rousseff of Brazil and Cristina
Fernández de Kirchner of Argentina. At the other end of the
world, Park Geun-Hye is the female president of South Korea in
tension with their northern neighbor. Nearer to us in South East
Asia, prominent female figures include former Philippines President Gloria
Macapagal-Arroyo and Myanmar
Nobel prize politician Suu Kyi.
The list of female
head of states goes on in Switzerland, Croatia, Poland, Latvia, Mauritius,
Lithuania, Chile, Trinidad and Tobago, Jamaica etc.
Back home, the major
investor of so many STI constituents such as DBS, Singtel, Capitaland, Comfort
Delgro, ST Engineering, Keppel & Sembcorp, SIA, SPH etc is no other than Temasek
holdings. Sitting at the helm of one of our nation core investment vehicles
is Ho Ching who is also the prime minister’s wife. Then
you have Chairwoman Slyvia Lim who
leads Singapore strongest opposition political party – Workers Party.
Corporate Scene
In the corporate world today,
the numbers of female Chiefs are also seen increasing.
This is evident in the
invite list of the Allen & Co’s Sun Valley conference in U.S. where the
number of invited Female and non-media attendees doubled to 25 compare to
last year. The conference is sponsored by investment bank Allen & Co
held at Sun Valley resort every July. The list of attendance includes 300 of
the wealthiest and most powerful executives in media, finance, politics and
technology.
Familiar names are IBM CEO – Ginni Rometty, General Motors CEO – Marry Barra; Yahoo CEO – Marissa Mayer; Facebook COO – Sheryl Sandberg; Hewlett-Packard CEO – Meg Whitman; Xerox Corp CEO – Ursula Burns. The
newly added list includes: Spanx
Founder – Sara Blakely; President – Julia Hartz, SunEdison’s Rural Electric CEO – Cathy Zoi; Grokker Founder Lorna Borenstein etc.
Extracted from Asian
Century Institute in Mar 2014, other high profile businesswoman in the
world includes: Pepsico
Chairman & CEO – Indra Nooyi; Petrobras
Former CEO – Maria das Gracas Silva Foster; Dupont Chairman & CEO – Ellen Kullman; Mondelez International Chairman & CEO – Irene Rosenfeld; Lockheed Martin Chairman, President and
CEO – Marillyn Hewson; Archer Daniels
Midland Chairman, CEO and President Pat Woertz; Westpac MD & CEO – Gail Kelly.
Asian top business-women includes: India’s
Chanda Kochhar, MD & CEO of ICICI
Bank; Singapore’s Chua Sock Koong, CEO of SingTel; Singapore’s Ho Ching, ED & CEO of Temasek; Indonesia’s Karen Agustiawan, CEO of Pertamina; China’s Dong Mingzhu, Chairperson and President of Gree Electric Appliances Inc of Zhuhai;
Korea’s Kwon Seon-joo, CEO of Industrial
Bank of Korea; and China’s Zhang Xin, CEO of Soho China etc.
In Singapore, other
than Singtel CEO Chua Sock Koong mentioned earlier, there are also Chew Gek
Kim, Chairman of Straits Trading Co,
Olivia Lum Founder and CEO of Hyflux,
and many more.
Rolf’s Summary
While all has been
said of the increasing number of high profile women around us,
the percentage still pale in comparison to men.
For eg the Allen &
Co conference female non-media attendee lists is still only 25 out of the 300. In
Singapore, women holding CEO positions is the highest in Asia and third highest
in the world. Then again, this figure only account for 15%. Female
representation at the board level here is also still low, at 7.9 per cent,
according to a latest report by the Credit Suisse Research Institute.
But still we cannot
deny the growing “Girl Power” dominance around us! And I am sure the status of
women around the world will be hugely different in tens of years to come.
Young Men out there! Watch
out and be really nice to woman! 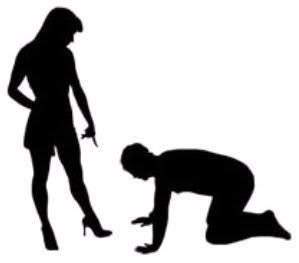