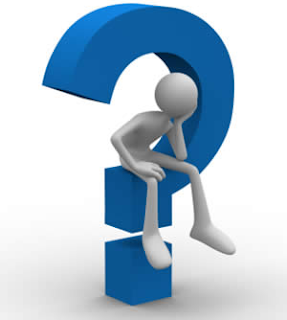 Within the financial blogosphere, most of us are striving to
achieve Financial Independence (FI). For those who have not reach FI and are
still slogging as employees now (me included), I will like to share in my
following article, few real life examples of post FI people.
In my working life, I am fortunate and thankful that I have the
opportunity of working in 3 companies directly working under 6 Bosses who
attained FI after earning enough money. Below I describes their journeys.

Maybe it can provide some guidance of what to do for your very own post FI!

Do note that the ages
depicted below, is the age where they attained their FI.

–
Mr. P (Mid 40s, Aussie SPR, Single)
–
Mr. S (Late 40s, S’porean Aust PR, family with kids)
Company was founded for ~15 years before Mr. P sold his entire
stake to Mr. S. The company is a small set up with just a few-man-show Consultancy
business focusing in marine, construction and semi-conductor industry. While
the company is not generating ten of millions, it is extremely professional,
well run and most importantly, very profitable that can withstand the shocks of
crisis in 1997, 2003 and 2008.
Post FI – Mr. P
Upon completing building his own designed boat, Mr. P moved to
Bali or Thailand. Mr. P is enjoying his time now, living in his boat and by the
sea, while still providing marine consultancy to his few major clients. Life
couldn’t be better for him.
Passion in Boat, Sun,
Sand & Sea!
Post FI – Mr. S
Few years after acquiring Mr. P’s stake, Mr. S migrated to Australia
with his family. The relocation was mainly because of Mr. S children’s
education. He does not want his children to put up with SG’s demanding and
stressful education curriculum, although his children were top students here. Today,
Mr. S still managed the SG business with support of one long time ex-colleague.
Mr. S will spend 2 weeks each in SG and Aust monthly. Coming back to SG is full
time work plus some catching up with parents and friends. The other half of the
time in Aust is quality time with family and work online if necessary.
Devotion to Quality Family
Time and Kid’s Education!
Owners of Company Y:

–
Mr. Y (Mid 50s, SG citizen, family with kids)
–
Mr. C (Early 50s, SPR, family with kids)
Mr. Y founded the Offshore and Marine Company more than 30 yrs.
Revenue was tens of millions but cyclical and not so profitable until the Oil
and Gas heydays in the mid 2000s.  During
the same period, Mr. C with a great foresight invested and become a partner to
Mr. Y as a smaller shareholder. Before that, Mr. C was working as a full time
corporate MD and part time investor for more than 20 yrs. Later Mr. C
orchestrated a sale to a MNC, which led to both owners pocketed in excess of
S$100 millions combined.
Post FI – Mr. Y
Mr. Y is filthy rich now. Nowadays, he devotes his time to “God”
whom he felt he owed his success to. His entire focus is church and missionary
work, not limited to SG but around the world. Mr. Y also participates in part-time
investing with major shareholdings in companies he found interesting.
Devotion to Religion!
Post FI – Mr. C
Mr. C is the clever one. He invested into Mr. Y company, and
within a short space of few years, reaped more than 10 times his investments. Even
after being extremely rich, he does not really have anything he can devote all
his work time to. Henceforth, Mr. C is still working as full time employee in
the MNC he sold the shares to. I was by him that he needed something to do, and
do not want to be detached from the industry. Beside from full time job, he had
multiple investments in properties and other companies as major shareholder.
Still Working as an
Employee!

–
Mr. R (Mid 40s, European, family with kids)
–
Mr. K (Early 50s, European, married with no kid)
Both Mr. R and K are not the founders of Company Z. They were employees
for this hundred-year-old company with a reputable brand. They became owners of
Company when they performed a management buyout with support of private equity and
some bank loans. Slightly more than 10 yrs later, they sold their entire stake
and pocketed tens of millions euros each.
Post FI – Mr. R
Mr. R sits on the board of various companies. In the main, he started
an investment company that focused in helping young entrepreneurs for their startup.
He was already very active in schools and universities educating students about
entrepreneurism before the sale of his company. Mr. R also travels around the
world with his family, enjoying good food (his hobby).
Devotion to Helping Young
Entrepreneurs!
Post FI – Mr. K
After
pocketed the same amount as Mr. R in the sale of the company, Mr. K continues
to work in the company today, albeit seen with less zest and motivation. Mr. K
is a simple guy and does not have big ambition outside work. In fact, he was
not very supportive in the entire sale of the company, which was more actively led
by his partner Mr. R. In his leisure, Mr. K spends time with his wife
holidaying and playing golf.
Still Working as an
Employee!
Rolf’s Summary
So there
you have it. 3 companies I worked for before and 6 bosses attaining FI, but two
(Mr. C and K) are still working as employee. Both of them are filthy rich
employees in their late 50s and early 60s of age today. They definitely could just
stop working and enjoy life each day!
Why aren’t
they doing that?
I am still
in touch with both of them and they still behave like professional employees
and will still succumb to the nonsense from Corporate Executives (poorer than
them). No insubordination, just professionalism and busy adhering to deadlines
submitting reports!
Frankly,
while I respect Mr. C or Mr. K working attitude after FI, I do not want to be like
them!
This
is why it is so important to:
–
Know Your True Self (before FI)
–
Find Your True Love (before FI)
–
Devote To Your True Love (after FI)
And
True Love must be a BALANCE between WORK and LIFE AMBITION.
So far, I
have not come across successful people in their post FI days that devoted more
time to leisure than work for a sustained period of time!

My
Personal Finance Story (Part 1) – Started Earning Young, But No Savings!
My
Personal Finance Story (Part 2) – Everything Happens For A Reason
Rolf’s
One-Third Rule in Life, Work and Investments
Is
Work Life Balance Only For the Financially Freed?
生存是技能，生活才是目的!
Survival is “Skill”, To Live Life is “Objective”!
I
am Successful Because I am Capable? Do not be Fooled by Randomness!
What
is Your First Priority? – Liam Neeson, Taken 3
Tags: Career Investment & Financial Literacy People

11 thoughts on “Post Financial Independence, What to Do? – Real Life Examples!”