June 16, 2014July 31, 2021 Rolf Suey
Chip Eng Seng (CES) is one of the construction stocks within my
portfolio. CES had commenced a series of buy-backs activities lately. Share
buy-back is normally conducted when (a) Management feel that their stock is
undervalued on open market (b) Provide bonus incentive compensation plans for
employees (c) Protect the company against a takeover threat. Not entirely sure
the reason in this case, but hopefully it is for reason stated in (a) and investors will stand
to benefit.

Founded in 1960 and listed in SGX in 1999, CES business includes Construction and Property. The construction
arm completed many private and public projects notably Duxton at Tanjong Pagar.
Ongoing projects include both public and private residential development and
constructions projects locally and regionally. The construction projects are also supplemented by its very own fabrication of pre-cast components. CES has also won
the “Most Transparent Company – Construction Category”, over the past few
years. Chairman and Founder Lim Tiam Seng and his brother Dy Chairman Lim Tiang Chuan are
majority shareholders owning a total of ~16% of the company shares. 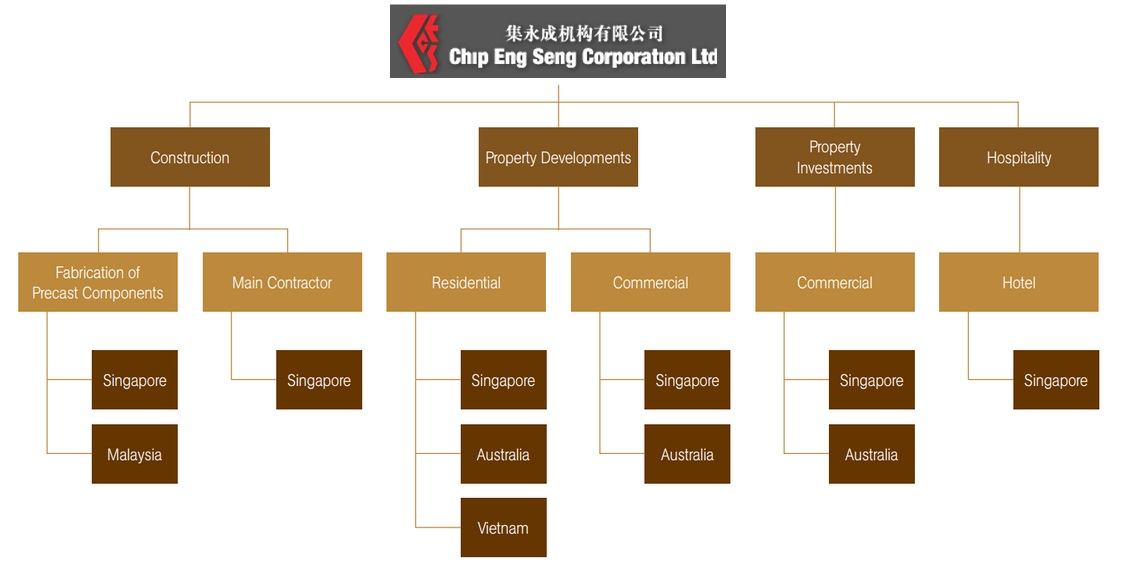 Two weeks ago Chip Eng Seng announced a $165
million HDB contract for building works at Sembawang Neighbourhood 1
Contract 10. Slated to be carried out over a course of 36 months, the newly
awarded contract encompasses the construction of 8
residential blocks, housing a total of 1,220 dwelling units together
with other community facilities and is tentatively expected to be completed in
the second quarter of 2017. 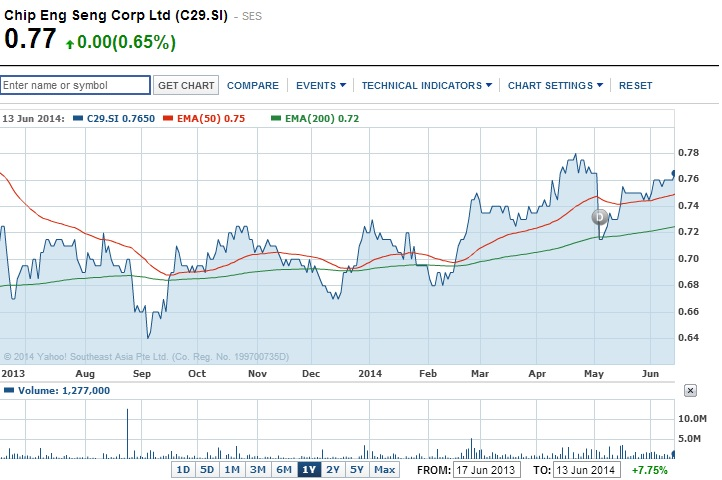 Record revenues to be recognised this year.
The group will recognise revenues and related costs upon TOP for 3
projects in FY14. They include Alexandra Central, Belvia, and 100 Pasir Panjang
and which we estimate would contribute around 65% of the record S$1.3b expected
revenues in FY14. It will also fully recognise 40% of profits from Belysa.

Hotel
Hotel business to provide recurring revenues. Its hotel at Alexandra
Central is expected to be completed in mid-15 and will begin to provide a
steady recurring revenue stream to the group from 2H15 onwards. Although we
estimate it will provide only around 5-10% of total group revenues in our
forecast period, we believe it is a milestone for the group’s effort to
diversify into the hospitality sector

Australia property demand
Riding on firm Australian property demand. It successfully launched its
first property in Australia back in 2012 with the 33M at 33 Mackenzie Street, Melbourne.
It is currently developing Melbourne’s tallest CBD residential building – the
Tower Melbourne. The 71 floors Tower Melbourne was 99% sold as at the end of
4Q13. The group is expected to launch another new development project in
Doncaster, Australia later this year.

Read a book called Contrarian Investment Strategies by David Dreman. One of the Rules states:

“Buy solid companies currently out of market favor, as measured by their low Price- to-Earnings, Price-to-Cash Flow or Price-to-Book ratios, or by their high yields.” – David Dreman

CES low PE of 5.7, a tad discount to Book value and annualized yield of 5.3% may worth considering. Industry average PE for Construction and Property is approx. 7 and 7.7 respectively. Of course, there is risk of Singapore’s property market facing imminent danger of slowdown, thus affecting companies in the property and building sector.